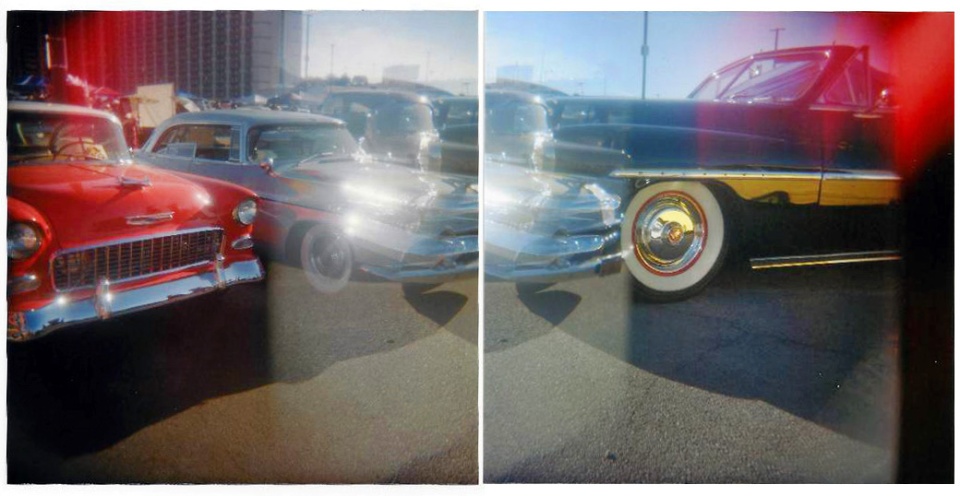 I will always remember the first photograph I developed in a darkroom– the U.S. flag flapping in the wind before the St. Louis Arch. The photo, which I shot on my parent’s Minolta camera, popped to life in the developing solution in the soft red light before me. I was immediately hooked. Photography has always been in my blood.

Before the Minolta, I grew up around the fine arts of music, drawing, painting, writing and dance. Even though I was playing impressive six-page sonatinas on the piano in middle school, my first formal photography class wasn’t until my first year of college. It so happened that my favorite drawing class shared the same hall as a photography class. My attention kept driving me to the photo class’ open door.

Well before college, I had begged my parents for a Polaroid camera, which would be the very first camera that I owned. I still have hoards of Polaroid photographs of my stuffed animals, best friends, siblings and vacations. That camera was the first of many cameras.

Several years ago, my grandparents moved out of the house where they raised their six children, and my grandmother gave personal items she wished to pass on to her 13 grandchildren. I wasn’t surprised to find that she gave me a compact Kodak No. 2 Folding Autographic Brownie that exposed 120 film through its nice bellows. Included with the camera was its original instructions manual complete with a $3 price tag. I kept the treasured camera within a collection of other old cameras I had accumulated as gifts from family members. This sort of collection is fairly typical of a professional photographer. All who have “the eye” are really drawn to the history of our passion.

However, it was not until my grandmother fell ill last month that an intense need to shoot with the camera grew within me. I wanted to take photos to show her, and I desperately wanted to make her proud. When I told her of my plan, she informed me that the camera was her mother’s, my great-grandmother’s, and that the camera that I held was approximately 100 years old.

So when my husband and I planned a five-day road trip, a trek that would take us south through the desert of Southern California and into Mexico along the Sea of Cortez, there was no question that I would include the Brownie in my arsenal of film cameras for the trip. Along with the Brownie, I chose to bring a plastic $30 Holga camera I had since college, including a partially exposed roll of 120 film inside it. I also chose a 1970s 35mm Canon AE-1 with a fixed 50mm f1.8 lens. I was set with these three film cameras plus my iPhone and a digital Sony mirrorless. To say my husband is a patient travel companion is an understatement.

All the posted images were shot on one of three film camera bodies. All frames are scanned prints with minimal toning. Imperfections in the prints are due to several factors such as: age of the film, light leaks, dust (especially on my grandmother’s Brownie), and wear/tear of cameras.

Next month, I have a flight home to St. Louis to visit my grandmother and to celebrate her 90th birthday. At this time, I truly hope we can have a lovely discussion, and I will take the prints with me, although she’s a hip lady and will most likely already see these digital prints here. Lastly, I plan to make a portrait of her with the third-generation Brownie. After all, my camera was designed for this very thing.

Ronda Churchill is a freelance photojournalist living in Las Vegas. You can follow her on Instagram @rondachurchill 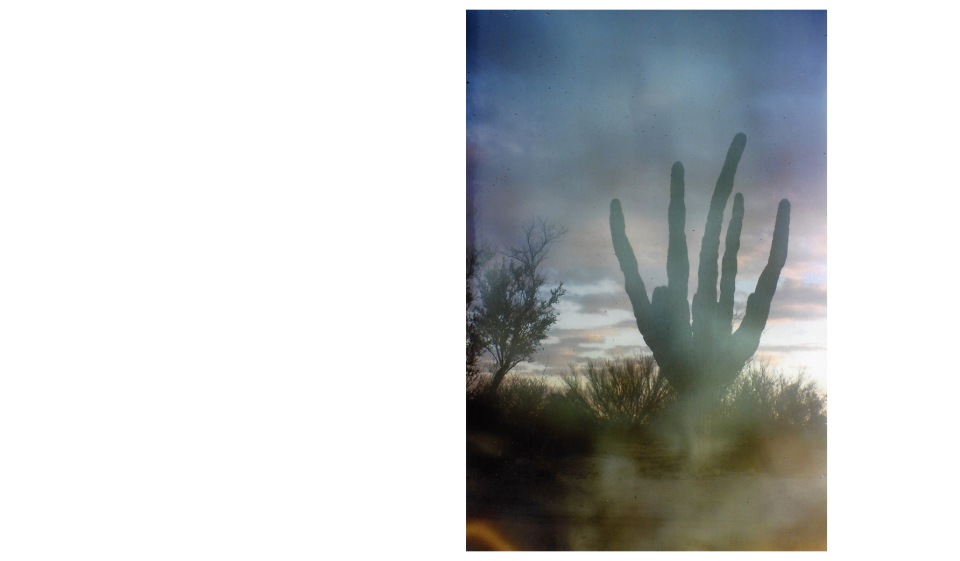 Holga 120 film: sunset near the Sea of Cortez in Mexico (l). A home in Bombay Beach at Salton Sea, California (r) 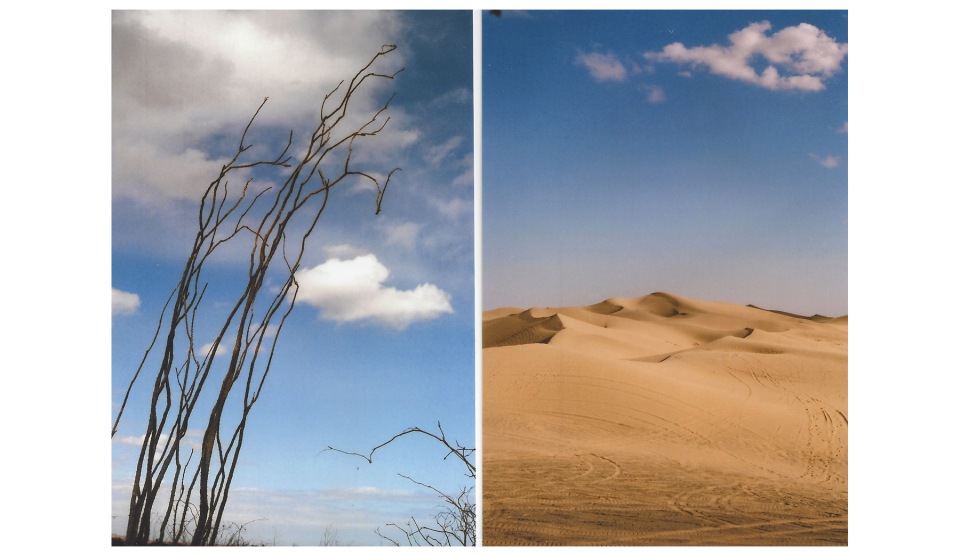 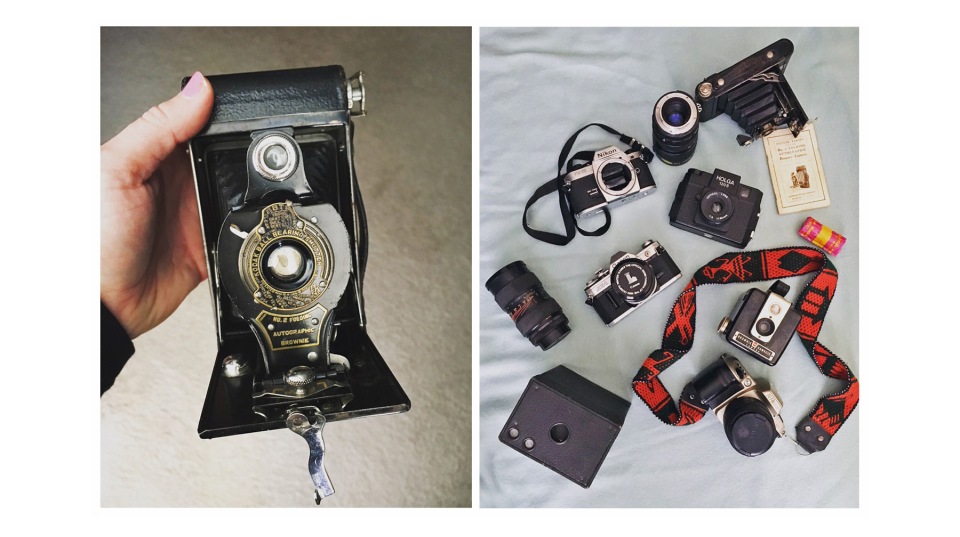 My great-grandmother’s Kodak No.2 Autographic Brownie (l), a portion of my film camera collection including the Brownie, top right, and instruction manual (r) 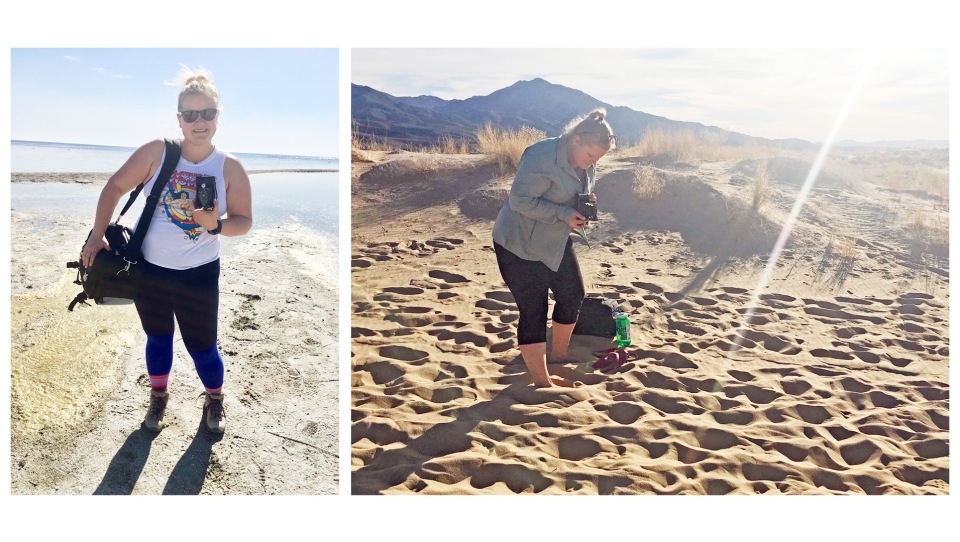 Portrait at the Salton Sea (l) and working at Kelso Dunes (r). Photographs by my husband Jim on my iPhone.