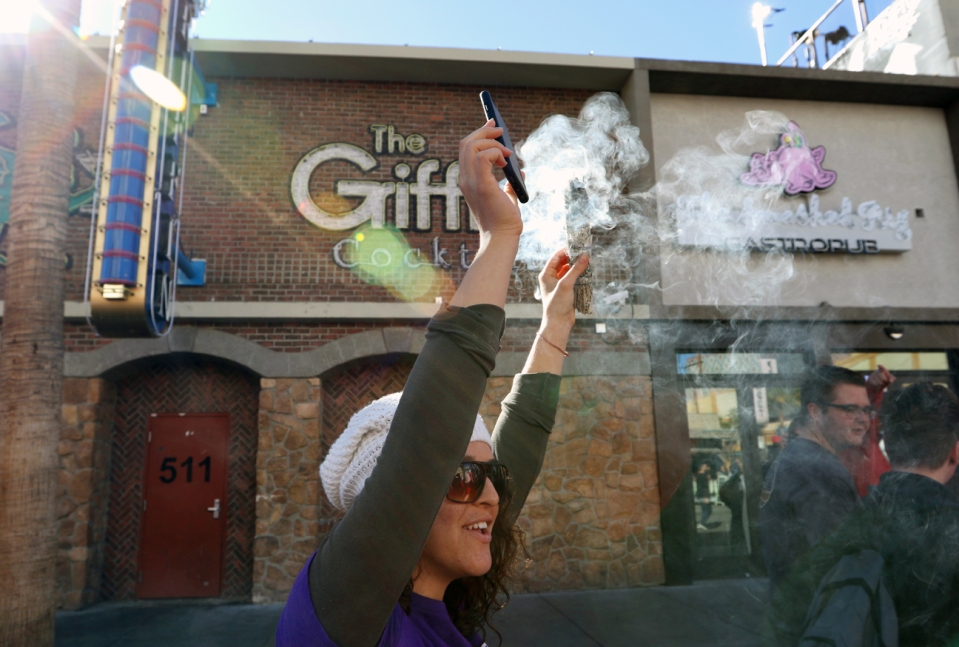 Ashely Hardy burns sage and records video on a cell phone while participating in a women’s march to protest newly inaugurated President Donald Trump Saturday, Jan. 21, 2017, in Las Vegas. A crowd of some 15,000 people marched downtown for a rally at the Lloyd D. George Federal Courthouse.

“Raise your hand if this is the first time you have ever participated in a march?” A woman said to a thick, buzzing crowd clotting Las Vegas Boulevard on a sunny day.

Raised hands went up everywhere around me and were like stars you can finally see so clearly in a country night sky when you get out of town and all of the pollution is far away.

In my 14 years as a full-time photojournalist, I have covered many marches, protests, strikes and cause-driven community gatherings without bias. I pride myself on my ability to remain professional, to cover all sides equally and above all to be impartial. In fact, I enjoy spending time at events where people are so passionate; it strengthens my appreciation of our beautiful, diverse world.

However, the day after President Donald Trump’s inauguration, I found myself not booked for an important day in our nation’s history and decided it would be the first time I would attend a politically-driven event as a participant. I brought my camera, because I can not turn “that” off ever, with the hopes of making a few nice frames that may lead to an editorial blog post.

So here we are. Back to Sunday.

I walked alongside people of all ages, genders, races, and minority groups. I passed signs written in Spanish, people playing musical instruments and even a woman burning incense. Some participants even donned creative costumes and many wore homemade knitted pink caps. It was clear that everyone had one common drive: passion.

Women, men and children gathered throughout the world in solidarity. I can not speak for the people who marched in one of more than *670 events worldwide that day, but I can speak for myself and why I chose to participate:

To my friends, colleagues, and those who happen upon this post, thank you for making it this far. I know that we may not feel they same way and our political views may not align.

I only ask of you this:

Please think of one thing–anything in the world–that matters the most to you in your life. Think of that thing now in your head and create an object that represents your important thing and put that object on a pedestal. Now think of someone, lets say your boss, saying derogatory things about the item on your pedestal. Let’s go a step further and say your boss makes threats to hurt the item on your pedestal and prevent you from having it, touching it, seeing it, or letting the item thrive. How would you react?

This was how **half a million people in Washington DC alone decided to react Sunday in order to protect their item on their pedestal.

** According to Associated Press 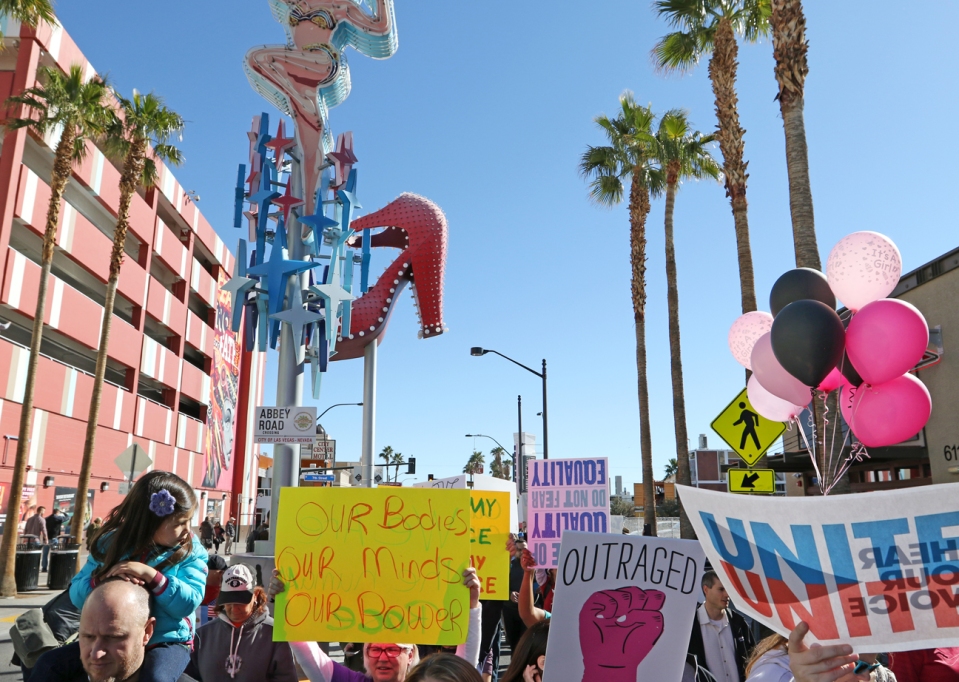 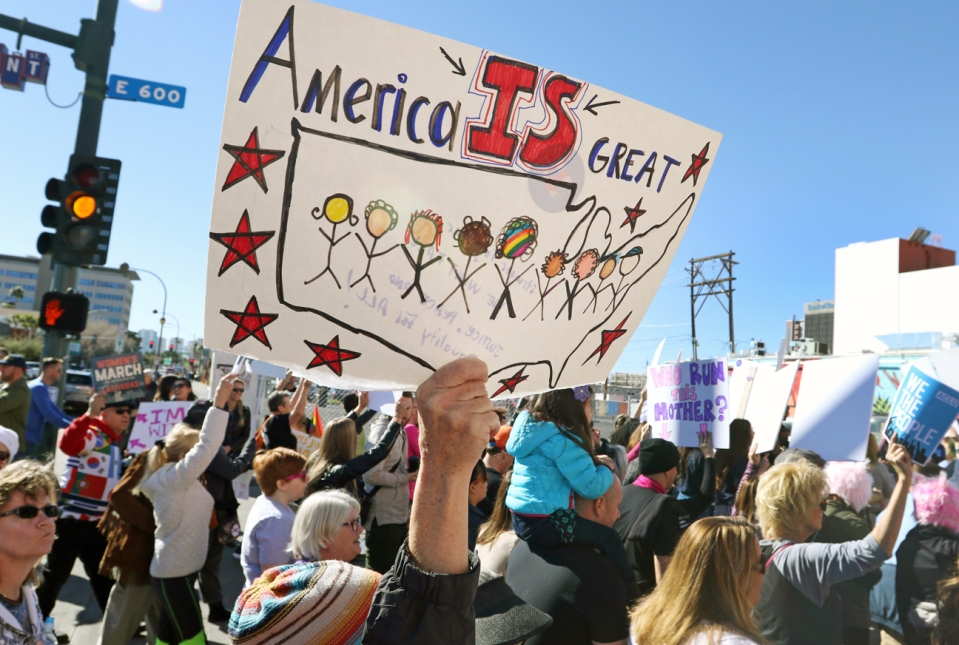 People chant, “Stronger together, we won’t fall. Justice peace and equality for all.” 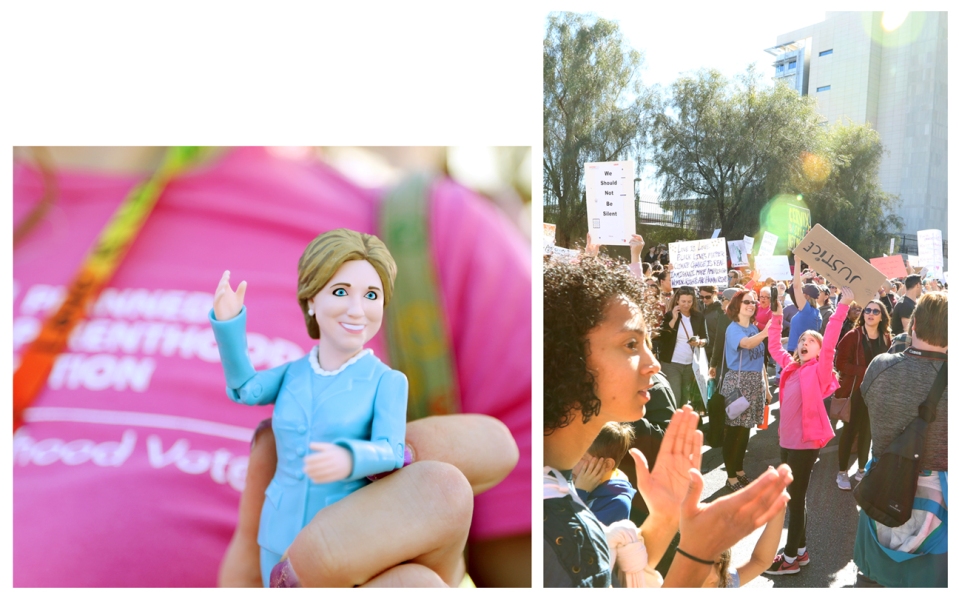 A woman holds a plastic figurine of Hillary Clinton (left). People cheer at the start of a rally outside the federal courthouse (right).