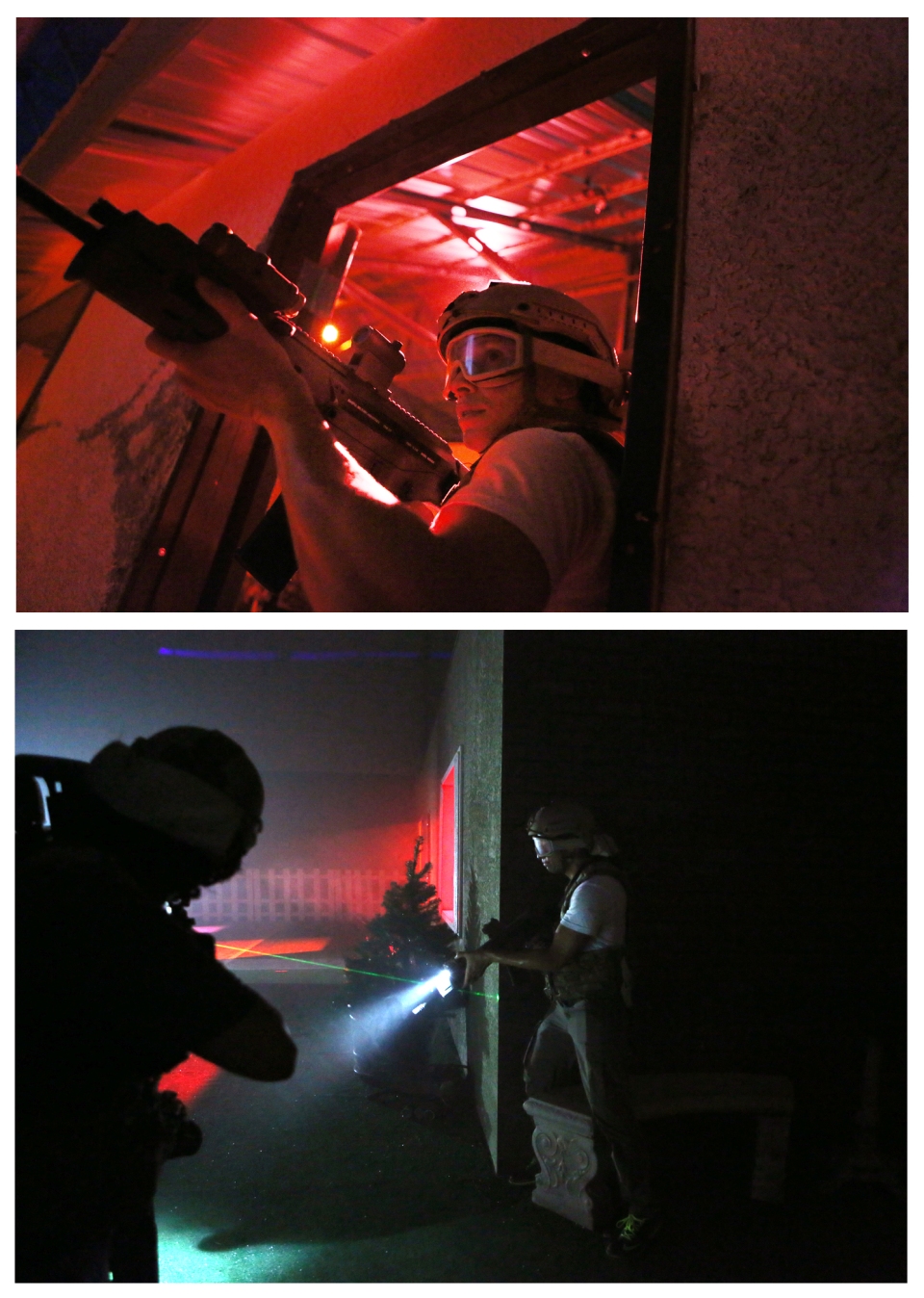 Zombies. Fog. Absolute Darkness. These are items that do not play well with camera gear.

I was assigned to follow a reporter prior to the opening week of Las Vegas’ newest attraction: Adventure Combat Ops. The reporter was set to participate in a 60-minute intense training class with fellow zombie hunters led by former military badasses before engaging in mock combat.

It was an intense 100+ degrees outside; there was no air conditioning in the massive warehouse/training center/eerily-well-captured idea of a post-apocalyptic suburban town. I found myself in close proximity to a lot of young men, and a handful of women, who were eager to get to training and to hunting down the bad guys.

After trailing the reporter in his training session, an air raid siren went off and groups were quickly ushered into the dark “town.”

I’m not going to lie. I was nervous. I had several-thousand-dollars-worth of equipment around my neck along with my only weapon, a neon green glow stick on a string that was supposed to scream to players and zombie actors alike, “Hey don’t shoot me! I’m of no danger!”

However, I felt like a tiny lightning bug in a giant backyard waiting for mischievous children and animal predators alike to come get me.

You think I’m paranoid? Everyone around me donned assault rifles with BB pellets.

I started getting gutsy. I stood outside the protective walls of homes (top photo). I came out from behind a junk car and exposed myself (bottom photo).

And then I got shot.

Nah, but that would have made a great story to tell the doctor, wouldn’t it?

After my 120-minute experience with wanna-be soldiers, I realized that besides all of us dripping with sweat, we also shared a truly unique experience. Oh, and I realized that I don’t think I want to be a war photojournalist anytime soon. I’m quite positive that my curiosity would get this cat killed asap. Until now, I’m stuck to covering things on my home turf in Sin City, like an over-priced and entirely fun zombie-killing adventure.